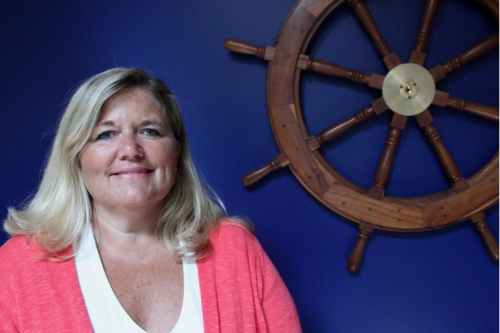 According to the New Hampshire Office of the Chief Medical Examiner, 2012 saw 163 drug overdose deaths in New Hampshire and increased each successive year, topping out at 488 deaths in 2017.

What is now known is in the immediate years prior to the spike in overdose deaths nearly 281 million oxycodone and hydrocodone pills, opiate-based painkillers, were distributed to pharmacies around New Hampshire between 2006 and 2012.

The staggering volume of opiate painkillers distributed between the two states accounted for less than 1% of the more than 76 billion pills distributed around the United States between 2006 and 2012, according to a Drug Enforcement Agency database. The database was recently made public as a result of a lawsuit won by The Charleston Gazette-Mail, of Charleston, West Virginia and The Washington Post.

The numbers help better crystallize the root causes of the opioid epidemic for policy makers, recovery specialists, and individuals and families personally affected by the crisis.

″(The database’s numbers) back up the narrative that pharmaceutical companies were indeed a major factor in causing the opioid crisis when there were millions upon millions of pills entering the state,” said David Mara, the Governor’s Advisor on Addiction and Behavioral Health and former chief of police for both Manchester and Portsmouth. “The data shows a correlation to what we were seeing in Manchester at the time with opiate pills being connected to crime. At first, they were prescribed as necessary but there was no plan on the part of pharmaceutical companies and health professionals to prevent patients from becoming addicted.”

However, grasping the enormous volume of legal painkillers sold in every corner of the country doesn’t begin to tell the tens of thousands of stories of friends and loved ones killed, families torn apart, careers ruined and prison sentences as a result of addiction-related crime.

“Citing recent slight progress on death rates is of no comfort to the families of those lost in an epidemic that has seen fatalities double in 10 years,” said Heather Blumenfeld, center director at the Safe Harbor Recovery Center. “The impact to our national economy is now estimated by the CDC at $78.5 billion per year, with 64,000 drug overdose deaths in 2016 alone. The numbers speak for themselves; overdose rates doubled from 2007 to 2017 in lock-step with the explosion in prescription opiate and illicit drug use.”

In 2012, New Hampshire lawmakers passed legislation to start a prescription drug monitoring program, becoming to the 49th state to do so, however, there was significant legislative lag to get the program up and running, said Michelle Ricco-Jonas, program administrator of the New Hampshire Prescription Drug Monitoring Program. Between 2012 and 2014, 687 New Hampshire residents still died of drug overdoses, according to Office of the Chief Medical Examiner.

“It took an additional two years to secure funding to operationalize the program that would allow prescribers and dispensers access to controlled substance (schedule II, III and IV) information on their patients,” Ricco-Jonas said. “There were no monitoring tools in place in New Hampshire during (the DEA’s) reported time period.”

Mara said beginning in 2013, as prescription drug controls began to be put in place; in the aftermath of 280 million pills being supplied to the state; many individuals who had developed an addiction to their opiate painkillers began seeking less expensive street drug alternatives in the form of heroin and later fentanyl.

“Pills were being abundantly prescribed and people were using them both legitimately and illegally, and by 2013, law enforcement realized the prescription abuse was on a level we’ve never seen before,” Mara said. “By 2013-2014, almost overnight, people were switching to cheaper heroin. In 2015 we were seeing all fentanyl.”

Tym Rourke, director of New Hampshire Tomorrow at the New Hampshire Charitable Foundation, responsible for awarding grants to combat substance abuse, said the DEA’s data set provides a stark rural versus population-heavy area contrast. For instance, Coos County, Grafton County and Aroostook County in northern Maine, each with populations of less than 90,000 people received enough opiate pills for each resident to receive 35, 39 and 42 pills per year, respectively, according to DEA data.

Rourke said the data can be used to better inform communities and law enforcement on historically heavily supplied areas and how to better strategically deploy resources like prescription drop boxes.

“For the Seacoast, a lot of medication coming into the area is not entirely reflective of a larger amount of substance abuse because it is a healthcare-intensive part of the country being so close to Boston and its network hospitals,” Rourke said. “What is striking is the distribution to rural parts of the country; you have this double-whammy where they are not health care epicenters and small populations being flooded with prescription pills.”

Mara said New Hampshire has made significant progress treating opioid addiction in recent years and stemming the flow of both prescription and illegal opiates. Though he said the state still has a way to go to build the necessary treatment capacity. He said he wanted to distinguish between patients suffering from chronic pain who are prescribed opioids and people who have fallen into a cycle of substance misuse.

“Everybody is doing a better job; doctors are much more aware of the consequences of prescribing opioids; overdose deaths have gone down,” Mara said. “We now have the ability for an individual seeking help to hand them off from each point from treatment, to primary care, to therapy; until they are in long-term recovery, with the understanding people have setbacks.”

East Kingston’s Jim and Jeanne Moser, started the Zero-Left campaign in the wake of their son Adam dying from a drug overdose in 2015. The Mosers attributed their son’s addiction to leftover opiate painkillers from previous surgeries.

The couple’s campaign seeks to educate families of the dangers posed by unfinished prescriptions, and Jim Moser said he has applauded legislative efforts to place warning labels on opiate-based painkillers when prescribed today. Though he has said all along, he does not want to vilify opioid medications if prescribed properly for a legitimate purpose.

Jim Moser said it was frustrating to learn of the DEA’s distribution statistics and how no action was taken to stem the flow of opiate painkillers into communities, let alone warning patients of their addictive nature.

″(The DEA had) this information available and it wasn’t used. Would my son be alive today if it was? He very well could be,” Moser said. “It wouldn’t be a productive conversation to have because (pharmaceutical companies and distributors) know it was all driven by finances; the pace for consumption did not come remotely close to aligning with the actual need of patients.”

Originally published via SeaCoastOnline.com by Alex LaCasse on August 17, 2019.